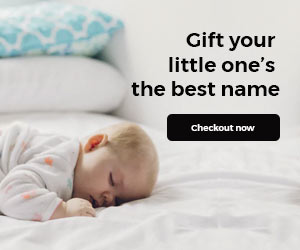 Celery is of the parsley family and a cultivated plant , with is closely packed with succulent leaf stalks and are used as a cooked vegetable or salad. Celery is light green in color and is very low in calories, it contains major Vitamins and minerals. Celery contains flavonoids that reduce inflammation which prevents heart disease. Celery is rich in various nutrients and minerals that is why it is associated with too many benefits but can be unhealthy when consumed excessively.

What are the Health Benefits of Celery?

Celery contains a phytochemical called phthalides. Phthalides relaxes the artery walls thereby increasing blood flow and reducing blood pressure. According to an Iranian study, the antihypertensive properties found in celery can also be found phytochemical which relaxes the muscles around the blood vessels

Celery contains fibers which helps to remove cholesterol from the bloodstream through bowel movement.

Known to very few, inflammation is the immediate response of the body to kill dangerous or harmful stimuli. However, inflammation can become chronic and therefore a hindrance to recovery and healing. Celery contains many antioxidants that help to alleviate many diseases like arthritis and so on. Some of the antioxidants present in celery include flavonoid and polyphenol.

Celery is high on fiber and water content which makes celery one of the few ideal foods one can eat for healthy weight loss. Celery also regulates lipid metabolism. Celery is rich in phthalide, a phytochemical which, according to a study reduces cholesterol levels by 7%. The fiber in celery is also capable of treating constipation which is a disturbance in the digestion process.

Celery contains polyacetylenes which are compounds that help to prevent cancer formations. Celery also contains bioactive flavonoids which kill cancer cells in the body. Celery contains apigenin which the most impressive antioxidant present in celery.

According to research, apigenin helps in destroying cancer cells, not on its own but improving the effective use of chemotherapy, so when celery is eaten 24 hours prior to chemotherapy, there is a better chance of destroying more cancer cells. Celery also contains flavonoid luteolin which possesses anti-cancer properties

Celery contains polysaccharides which are pectin-based antioxidants that are anti-inflammatory in nature. Polysaccharides helps support the digestive function. Celery is rich in natural fibers which are very helpful in preventing gastric ulcer and promoting gastrointestinal health.

Celery contains Vitamin K which reduces inflammation. The reduction of inflammation thereby improves insulin sensitivity and glucose metabolism. According to research, by 2030, about 439 million adults will be diabetic. However, in another study, participants with the highest intake of Vitamin K had the lowest risk of type 2 diabetes.

Celery is rich Vitamin A which is good for the eyes. Vitamin A improves eyesight especially age- related vision loss

It flushes out toxins

Celery is very rich in antioxidants like flavones, phenolic acids, flavonoids, dihydrostilbenoids, furanocoumarins, phytosterols which are capable of flushing harmful toxins from the body. It helps to prevent diseases of the pancreas, kidneys and gallbladder.

There are so many health benefits of eating celery, there are also top health benefits of celery which are the benefits one cannot find in most vegetables. Celery is rich in potassium, about 286 mg of potassium is present in 110g of celery. Potassium reduces the risk of stroke, lowers blood pressure and preserves bone mineral density and cardiovascular health.

110g of celery contains about 1.8g of fiber which supports voluntary weight loss and also aids digestion thereby preventing gastrointestinal disorders. Celery contains a lot of Vitamins including Vitamins A, C, K, B6, folate and riboflavin.

In summary, celery help to maintain healthy metabolism, liver function, skin health, improve cardiovascular health, treats and prevents gastrointestinal disorders, lowers blood pressure and cholesterol level as well as prevent and kill cancer cell and so on. The list is endless. However, as with all things, excessive consumption of celery can be unhealthy so it should be consumed carefully. 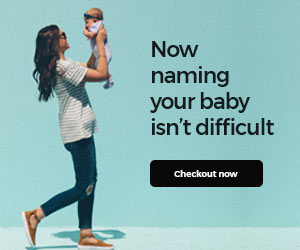